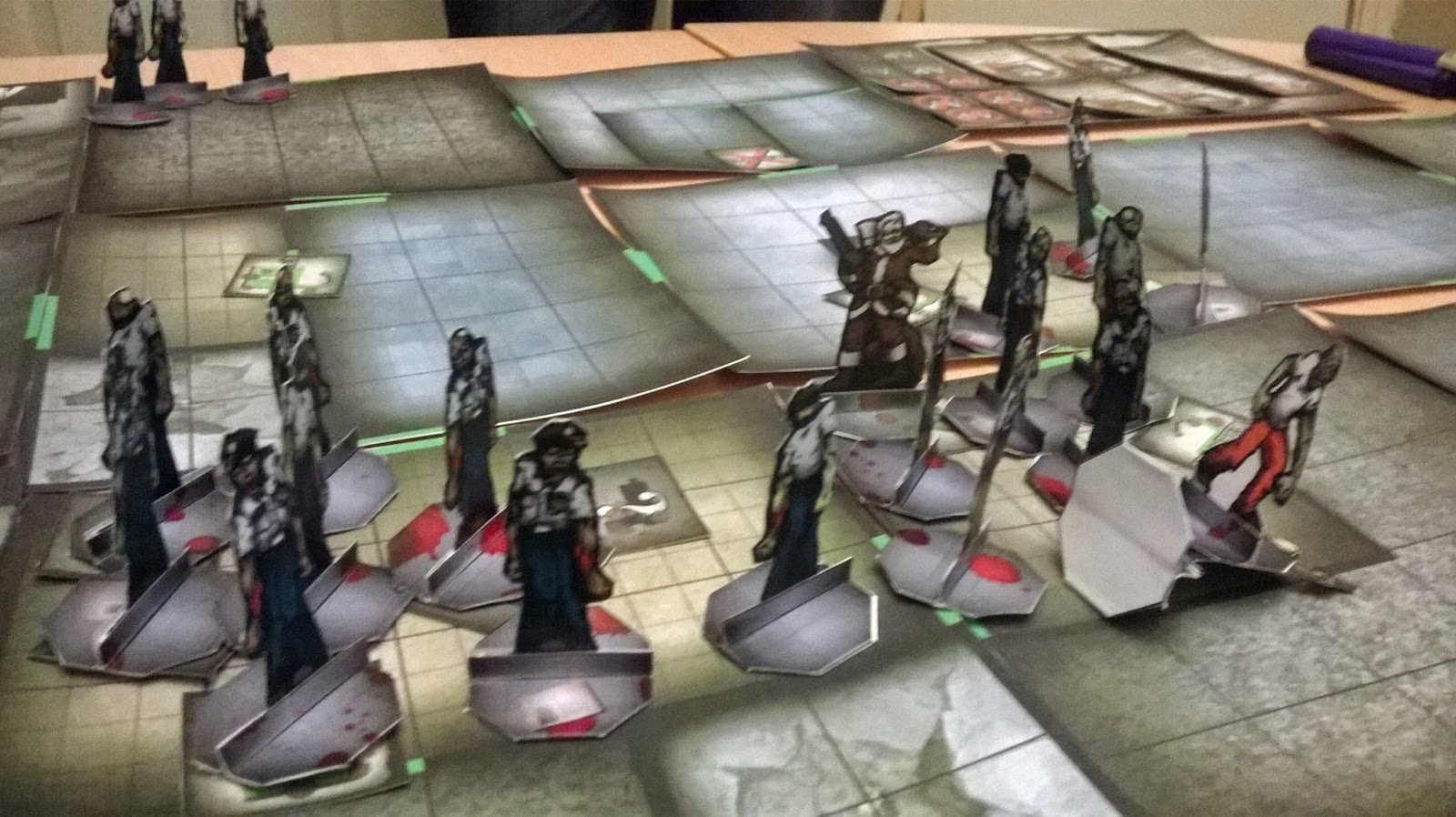 It had not been a good day for Santa...

Pulled in on a DUI charge he had found himself thrown together with three other survivors of the zombie plague that had struck the city. The station had seemed quiet at first, lulling them into a false sense of security. They'd found the garage pretty quickly but without some serious weaponry and a set of keys there was no way they were getting to that van, and besides, the chief's daughter was somewhere in the station and could hold the solution to this whole undead mess.
They'd spread out, hoping to find what they needed quicker and meet back in the lobby. It had been a mistake.
Phil, the civilian, only there to report his wife missing, had fallen first, swamped by waves of decaying corpses and flesh hungry hounds. Santa had been close enough to hear him fall. He'd found the chief's office, could hear the girl inside but the door was locked.
Screams from a few rooms away told him Fiona, the self proclaimed zombie hunter, was in trouble. He knew he had a few med packs in his sack so he ran to help, hoping that Hannah, the heavily armed punk, would keep her alive until then.
Soon they were safe, a couple of lucky searches found them the keys they needed, and soon enough Santa had switched his shotgun and fire axe for a flamethrower and chainsaw. They were ready to roll out.
Then the zombies came. Hordes of them, every room on their way to rescue the girl seemed filled with them, moans from around the station indicating that more were coming. Hannah fell heroically, rose to attack Fiona and then fell again. Santa raised his flamethrower, pulled the trigger and cursed as it exploded in his hands, setting light to his cheap polyester costume. But he kept going, smoke from his smoldering beard clouding his vision, chainsaw swinging before him, cutting down his foes. He heard Fiona fall behind him, she was carrying the keys but he couldn't get to her. Backed into a corner he swung his heavy weapon in a wide arc clearing a space around himself momentarily...
But it was no good, they were closing in, his clothes were still aflame, the light was fading. As they rushed him, broken fingers clawing at his flesh a single thought crossed his mind: Christmas was ruined.
Somewhere in a locked room a small girl sat alone, still waiting. She would be there a while.
Thanks to Jamie, Phil, Hannah and Fiona for their battle report and photo!
Posted by Adam Steel at 03:35