The digital version of ZOMBIE FIGHTER is now available from RPGNow! 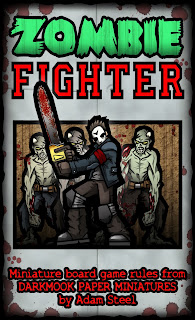 In ZOMBIE FIGHTER, each player takes the role of a post-apocalyptic gladiator fighting for survival in the arena of their warlord. Some fight for money, some for glory and some because they have nothing left to live for…
Set in a world ravaged by the zombie apocalypse, they must fight not only each other but also the shambling undead, rounded up by the warlord’s scavenger gangs to further his amusement…
The aim of ZOMBIE FIGHTER is to be the ‘last man standing’ and win the favour of the warlord… 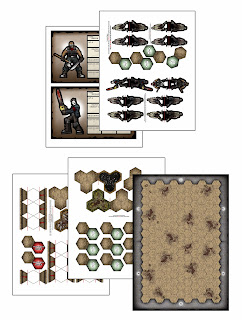 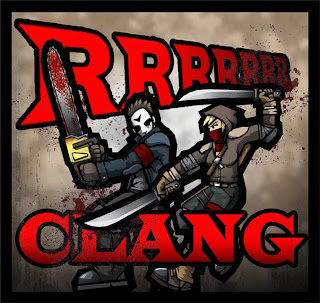 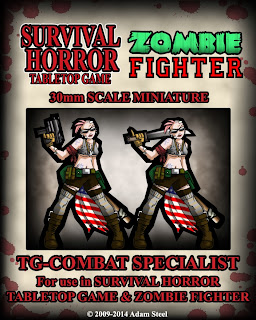 Designed for both SURVIVAL HORROR TABLETOP GAME (with 2 weapon set options, bases and weapon and stat cards) and ZOMBIE FIGHTER (alongside 2 zombies, bases and stat card) she will cover all your gaming needs! 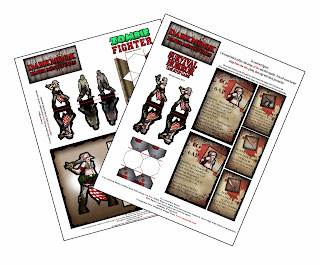 To pick up your copy of the pdf's visit the DARKMOOK SHOP or RPGNow!
Posted by Adam Steel at 03:03 No comments:

Here at Darkmook Paper Miniatures we are getting the Christmas releases prepped, including the digital version of ZOMBIE FIGHTER and a few new supplements. Also had a chance to try out a new graphics process, the results of this will hopefully be this year's Christmas freebie... 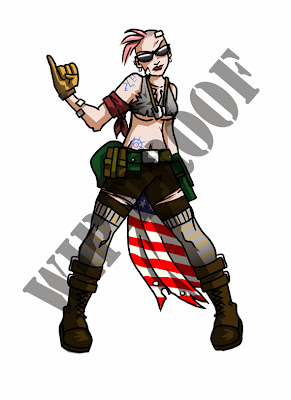 This anti-social ex-military girl will have two weapon sets and stat cards for both SURVIVAL HORROR TABLETOP GAME and ZOMBIE FIGHTER!
Posted by Adam Steel at 00:42 No comments:

We are pleased to announce that both ZOMBIE FIGHTER and SURVIVAL HORROR TABLETOP GAME are available to buy from TRAVELLING MAN, Leeds! Go check them out!
http://www.travellingman.com/